A three-pronged strategy to substantially reduce rail noise was outlined by German transport and digital infrastructure minister Mr Alexander Dobrindt at an industry seminar in Berlin on March 9. 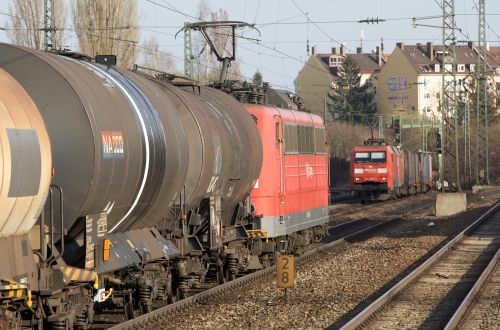 Under the Quiet Track strategy, the federal government plans to invest around €1bn by 2020 in measures to curb noise from rail operations.

The first element of the strategy is technological development and quieter trains. This includes the federally-funded Innovative Freight Wagon project, which calls for the development and testing of a new generation of prototype low-noise wagons by 2018, as well as new noise abatement technologies, which are currently being tested by DB.

The government will incentivise the acquisition of new wagons which meet European noise standards, and the Ministry of Transport and Digital Infrastructure (BMVI) will allocate €152m to equip more than 163,000 existing wagons with so-called whispering brakes by the end of the decade.

The second element of the strategy focuses on infrastructure-based measures, and Dobrindt says the ministry seeks to encourage voluntary adoption of noise reduction on existing lines. Funding for non-rolling stock noise abatement will be increased to €150m per year from 2016 to fund noise barriers, sound-proofed windows, and other solutions.