PASSENGER numbers on Germany’s main line and urban railway networks continued their upward trend in 2017, according to annual figures published by the Federal Statistics Office (Destatis). 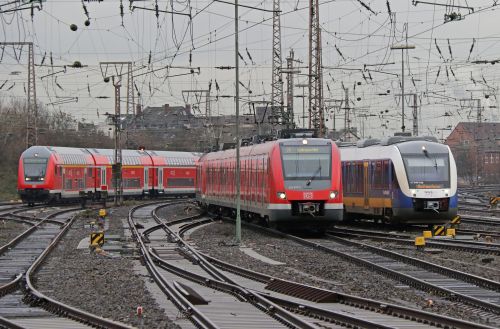 Regional rail ridership grew by 2.4% to 2.692 billion journeys during 2017, slightly ahead of the long-distance sector, which saw passenger numbers increase 2.3% to 142 million journeys.

Long-distance bus ridership fell 0.8% to 22.8 million, but a larger decline in passenger-km, which dipped 3.6% to 6.656 billion, suggests passengers switching from buses may account for part of the increase in long-distance rail.

Locomore Berlin - Stuttgart open-access service in cooperation with Leo Express. While the impact of this on the 2017 figures will be at best marginal, Flixbus has subsequently launched its FlixTrain brand, taking over the former HKX route between Cologne and Hamburg last month.