PASSENGER numbers on the German rail network reached their highest recorded level in 2014, according to annual figures published on February 12 by the German Federal Statistical Office (Destatis). 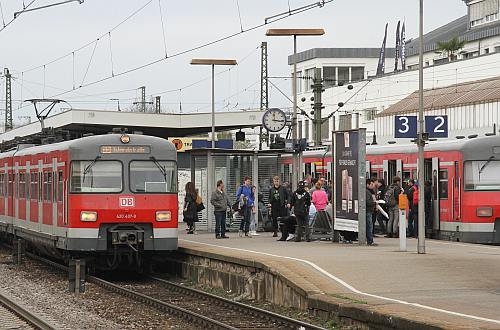 Passenger numbers for local rail services (including S-Bahn trains) grew by 2.1% to 2.52 billion, while tram and U-Bahn ridership increased by 1.7% to 3.85 billion. There was a 1.1% decline in local bus ridership although this remains the most frequently-used mode with 5.28 billion journeys.

For long-distance travel, ridership on inter-city trains continued its recent slow decline with a further drop of 1.1% to 130 million passengers. Correspondingly, the recently-liberalised long-distance bus market continued to experience surging growth, with passenger numbers almost doubling from 8.2 million to an estimated 17-19 million, with precise figures still to be finalised.

Completing the picture, 23 million passengers in Germany used internal flights, an increase of 0.7% compared with 2013.