PASSENGER numbers on German regional and urban rail services increased in the first half of 2014, according to figures released this week by the Federal Statistics Agency (Destatis), which show overall regional public transport usage increased by 0.5% year-on-year to 5.5 billion, an average of 31 million trips a day. 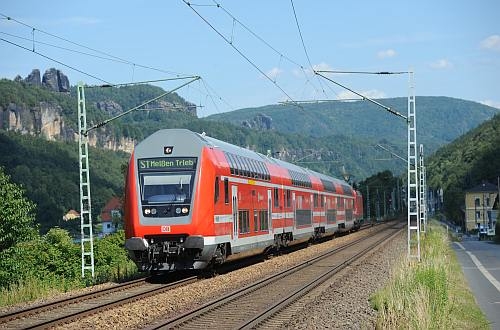 Regional rail and S-Bahn ridership increased by 2.1% compared with the first half of 2013 to reach 1.2 billion, while passenger numbers on Germany's light rail and U-Bahn networks rose 1.8% to 1.9 billion.

The performance of long-distance rail was less positive, with traffic declining 0.5% year-on-year to around 62 million passengers. This may be partly explained by the opening of the market for long distance bus services, which saw passenger numbers climb 8.1% in the first half of the year to 1.4 million. The actual figure may be even higher as recently-established long-distance bus companies are not included in the statistics.