PUBLIC transport authorities in the German states of Saxony, Thuringia, and Bavaria have revealed plans to step-up cross-border regional services into the Czech Republic. 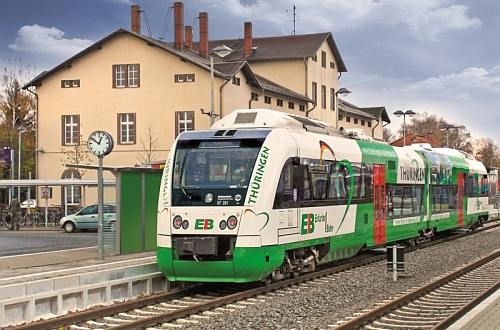 At a recent meeting in Saxony the authorities agreed to fund an additional 31,000 train-km per year on the Hof – Pausa, Zeulenroda – Gera, and Gera – Greiz – Plauen – Cheb (CZ) routes. The additional services will be operated under existing contracts with regional operator Erfurt Railway (EB) and agreements between the transport authorities involved.

The changes will lead to a new timetable concept in December, with reduced journey times and improved connections at Gera.

In June 2015 a new station will open at Plauen Mitte and up to six additional services per day will operate on the Greiz – Wischlitz route.