Go ahead for Graz - Werndorf quadrupling 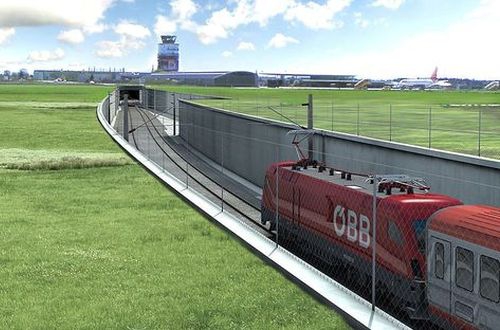 Between Graz and Feldkirchen two additional tracks will be laid parallel to the existing Graz - Spielfeld-Strass line. From Feldkirchen the new line will pass Graz Airport in a 3.2km tunnel with a new station providing direct access to the airport.

The alignment then follows the A9 highway until it joins the existing Koralm Line west of Werndorf. There will also be a link to the Graz South container terminal near Werndorf.

Planning is in the final stage, and the line will open in 2024, initially with only a single track. At a later stage, the second track will be added and the underground station at the airport will be opened.