RHAETIAN Railways (RhB) announced on May 12 that the Swiss Federal Ministry of Transport (BAV) has granted a construction permit for the construction of the new 5.9km Albula Tunnel on the metre-gauge line from Chur to St Moritz. 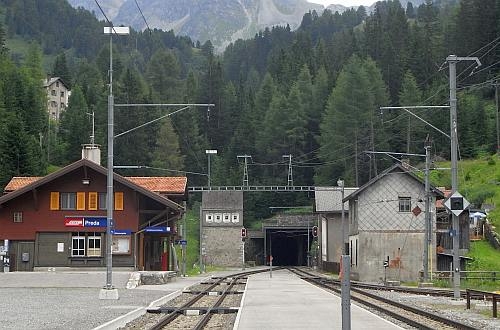 The new tunnel between Preda and Spina stations will replace the existing single-track tunnel, which dates back to the opening of the line in 1903 and is now a UNESCO World Heritage site.

A survey of the tunnel in 2006 found extensive renovation work would be required to bring the tunnel up to modern standards. RhB subsequently decided to build a new tunnel, which would cost only slightly more than upgrading the existing structure and would also minimise disruption to traffic.

Preparatory works will begin immediately and full construction is expected to begin next year on the SFr 345m ($US 389m) project, with commissioning scheduled for the end of 2020. The existing tunnel will be converted into a service tunnel by the end of 2021, and will be linked to the new tunnel by 12 cross passages.