BRITAIN's Department for Transport (DfT) announced on May 23 that it has selected Govia, a joint venture of Go-Ahead (65%) and Keolis (35%) to operate the Thameslink, Southern and Great Northern (TSGN) franchise, which is set to become Britain's largest passenger franchise. 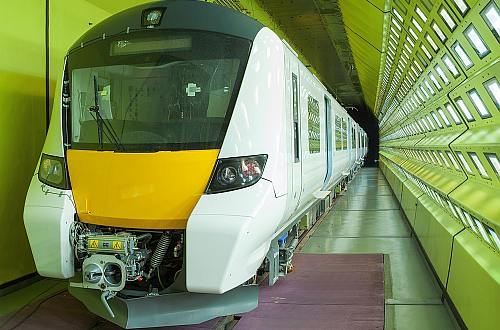 The seven-year fracnhise is being created as part of the Thameslink Programme, which will massively increase north-south rail capacity through central London, significantly expanding the existing Thameslink network with up to 24 trains per hour through the core section at peak times.

Govia says that with the completion of Thameslink in 2018 and additional capacity on other parts of the network it will provide an additional 10,000 additional seats into central London in the morning peak.

Services on the expanded Thameslink network will be operated by a fleet of 115 Siemens class 700 dual-volatge EMUs, the first of which is due to arrive in Britain in August 2015. The fleet will comprise 55 12-car sets, each seating up to 666 passengers, and 60 eight-car trains, which will seat 427.

In addition to the trains for Thameslink, Govia will procure 108 new EMU cars for Gatwick Express services by 2016 and 150 vehicles for the Moorgate branch by 2018, giving the franchise a total fleet of 2631 vehicles by 2019, a 27% increase on the current fleet. It will also invest £50m in improvements to all 239 stations, 104 of which will be equipped with free passenger Wi-Fi. Govia says the total value of these investments will be £430m, of which £40m will come from its own resources.

Govia says it expects to generate passenger revenue of £12.4bn over the life of the franchise. DfT is expected to pay £8.9bn to Govia during the seven-year term to reflect operating costs and a small margin allowance.