NETWORK Rail (NR) CEO Mr Mark Carne told the British parliament's Public Accounts Committee on October 21 that the cost of completing electrification of the Great Western Main Line (GWML) has increased to at least £2.5bn and could reach £2.8bn. 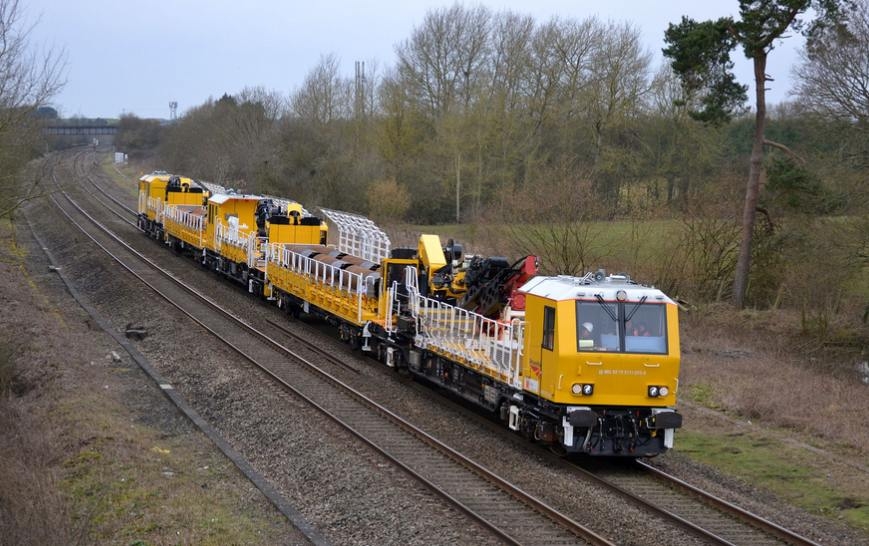 In January 2013 NR estimated the cost of electrifying the line from London to Oxford, Newbury, Bristol, and South Wales to be £874m, but this was subsequently revised to £1.65bn last September.

"There are three principal reasons behind cost increases across the portfolio which underpin the material cost changes on GWML," Carne told the committee. "Firstly, there was inadequate planning and scope definition in early phases. Secondly there was poor cost estimating in electrification as a whole - there hasn't been any electrification of any significance for 20 years so the cost base was out-of-date. Thirdly, the flexibility of the regulatory regime has changed since the reclassification of our debt."

Carne says he has given the committee a range on the cost uplift because there is still some uncertainty about the delivery of the electrification programme. "We are about a third of the way through this project so there are still a range of costs as there would be in any project of this scale and complexity."

When the cost estimate of £1.65bn was given by NR last September less than 200 of the 14,000 catenary piles had been driven. NR has now installed 3780 piles and Carne says the programme team has "proper construction experience" of the line, which it did not have a year ago.

"Construction has been very much more complex than it should have been, and that was partly down to planning," he explains. "Normally you would carry out resignalling before electrification. Challenges in the signalling supply chain and construction sequencing meant we weren't able to do that in all cases, so we decided to start piling. Because the signalling cables were buried in the ballast in the1970s we didn't know exactly where they were, so we have cut through signal cables on two occasions during piling. This means that for every pile we now need to dig a trial hole."

Cable detection systems have been used in an attempt to overcome the problem, but Carne says that because cables are buried at depths of up to 1.2m these systems "have not proved sufficiently reliable." Furthermore, cabling location records are "not accurate" because they are relative to the position of the rail, which at many locations has moved over the last 40 years.

Carne told the committee that electrification costs as a whole have risen by 75% over the last 20 years because of changes in the specification of electrification equipment and the challenge of gaining access to worksites during limited maintenance windows. However, he defended NR's record on other types of upgrading projects, saying it has a strong track record on cost estimation and delivery.

Giving evidence to the committee, Mr Richard Price, chief executive of rail regulator the Office of Rail and Road (ORR) said that much had changed since the £1.65bn cost estimate was given. "NR understands more about conditions in which it is doing the work," he says. "We identified a series of risks at the start of [NR's 2015-19 funding period] Control Period 5 including planning, phasing of work, and clarity on how it was going to deliver productivity. It's now clear productivity is not what was anticipated. If risks to the programme identified early on had been addressed, we would be in a different position."

Department for Transport (DfT) permanent secretary Mr Philip Rutnam told the committee that the late completion of infrastructure works had implications for the introduction of new Hitachi trains on the GWML as part of the Intercity Express Programme. Bi-mode diesel trains are due to enter service on the route in 2017, with the first electric trains following in 2018. "The electric trains are of more concern," Rutnam says. "The DfT is liable to pay for these trains whether electrification is ready or not. We are very concerned that we could have the prospect of new trains which we may not be able to use. We are actively looking at a range of options for mitigating this risk."

Rutnam also said that the GWML project is the "single biggest source of cost pressure on the overall electrification programme." He described the electrification of the Midland Main Line (MML) from London to Nottingham, Derby and Sheffield as "a relatively well developed project," quoting a cost estimate of £1.2-1.3bn which is based on work carried out by NR and ORR last autumn as part of the enhancements cost adjustment mechanism. This is close to the ORR's £1.1bn "efficient cost" of delivering the project, which under the revised schedule is due to be completed by 2023.

Electrification of the Trans-Pennine route from Manchester to Leeds, York, and Selby is at a much earlier stage and Rutnam said it would therefore be inappropriate to provide the committee with any figures on projected costs. Detailed design is due to be completed by the end of 2017, which will enable detailed costs to be provided. "It would be quite wrong to give a price when detailed design has not been done, as we did with the GWML," Rutnam said.