THE privatisation of Greece's national train operating company Trainose and Hellenic Company for Rolling Stock Maintenance (Rosco) is set to restart after the board of directors of the Hellenic Republic Asset Development Fund (HRADF), which is managing the sale, agreed on August 13 to set a December deadline for binding offers. 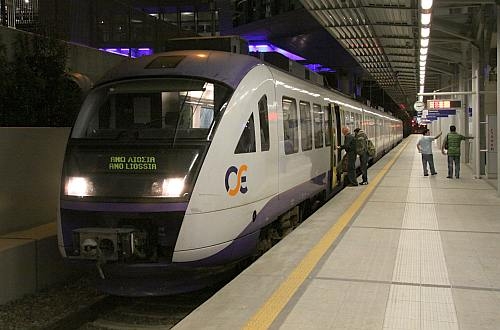 After winning power in January's general election, Greece's leftist government announced it would carry out a review into the privatisations, which by this time were in their final stages.

The privatisation process has been also stalled by negotiations between the Greek government, the European Union, the European Central Bank and the International Monetary Fund over the conditions of a third bailout to prevent the country going bankrupt and exiting the Eurozone. However, an agreement was reached earlier this month and this required the Greek government to confirm deadlines for binding offers for the sale of Trainose and Rosco, as well as ports in Piraeus and Thessaloniki, without any changes to the conditions of the original tender.