GREECE's newly-elected leftist government has announced it is to carry out a review into the country's rail privatisation programme, which is in its final stages. 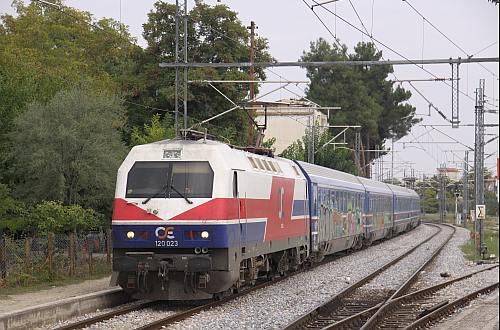 Last October the Hellenic Republic Asset Development Fund (HRADF), which is managing the sale, announced that a joint venture of Russian Railways (RZD) and Greek property and energy group Gek Terna; French National Railways (SNCF) subsidiary SNCF Participations; and Romanian open-access operator Grup Ferroviar Roman (GFR) had been granted access to detailed financial information for the preparation of final bids for Trainose. Three bidders including the RDZ/Gek Terna joint venture, Siemens, and a partnership between Alstom and Damco Energy, Greece, qualified for the acquisition of Rosco.

RZD president Mr Vladimir Yakunin told Russian News Agency RIA Novosti that his company would still seek involvement in the future development of Greece's railways. "If it is decided the privatisation will carry on, we will participate," he says. "If the government decides not to proceed we will see how Greece develops the railway companies and whether there is an opportunity for cooperation."

Greece's new government has already halted the privatisation of the state-owned power company and the sale of a 67% stake in Piraeus Port Authority.

Prior to the general election on January 25, Greece was in the midst of a major sale of state assets, which was being implemented as a condition of the country's €240bn bailout agreement with the European Central Bank, the European Union, the International Monetary Fund, and international creditors.