Hauts-de-France to take over TET services

FRENCH secretary of state for transport Mr Alain Vidalies and Mr Xavier Bertand, president of the region of Hauts-de-France, announced on December 7 that control of two loss-making inter-city services will pass to the regional government in a deal which includes the renewal of rolling stock. 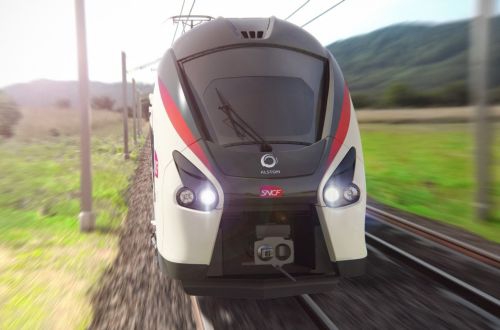 Ten Alstom Coradia Liner trains will be ordered from Alstom as part of the agreement.

Hauts-de-France will become to organising authority for the operation of Paris - Amiens - Boulogne and Paris - St Quentin - Maubeuge/Cambrai services with effect from January 1 2019. The two routes are among the so-called Balance of Territory (TET) services currently funded by the state and operated by French National Railways (SNCF).

Under the agreement, the state will fund the acquisition of 10 new Alstom Coradia Liner trains worth €150m, and provide financing for further rolling stock with a value of up to €250m. It will also contribute €15m towards the operation of the services.

The agreement is due to be discussed in plenary meetings of the regional government on December 13 and 14.

The signing of the agreement with Hauts-de-France follows the conclusion of similar deals with the regions of Grand Est and New Aquitaine last month and Normandy in April.