GERMAN open-access passenger operator Hamburg-Köln-Express (HKX), which launched a daily service between Hamburg and Cologne on July 23, says the first month of operation has been positive. 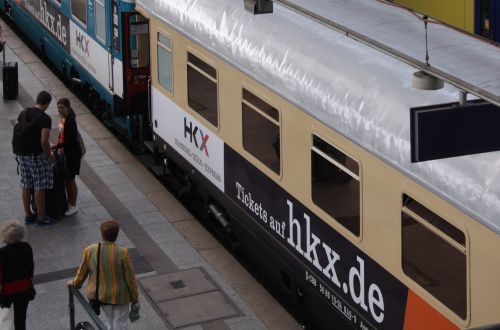 HKX has carried about 25,000 passengers with train occupancy averaging between 70 and 80% after the first few days of operation. HKX says it has bookings into November.

HKX is currently operating one train per day between Monday and Wednesday, and up to three trains per day between Thursday and Sunday. It says 98% of trains have arrived within 15 minutes of schedule and it has run all scheduled services.

"The high demand shows that the HKX is being well received," says Ms Eva Kreienkamp chair of the HKX Management Board. "We are particularly pleased that we are attracting people who have not travelled by train until now. This means that we have succeeded in expanding the market and in getting people on board our trains who have not previously seen our big competitor as an alternative to the automobile or plane."