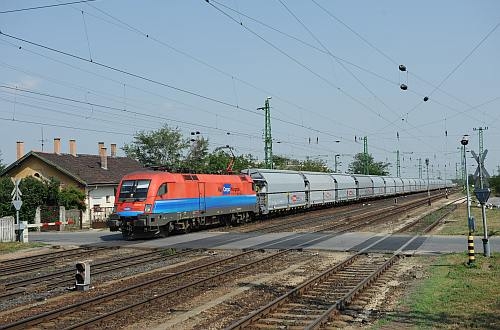 The main objective is to complete the motorway network, but the document also emphasises that existing transport networks must be better maintained to prevent rapid deterioration from excessive use.

A map showing railway lines for development includes the planned V0 Budapest by-pass line, together with upgrading of the diesel-operated lines on the northern shores of Lake Balaton and the line from Szeged to Békéscsaba and Salonta in Romania.

All of the other lines earmarked for upgrading before 2020 are commuter lines in the Budapest area, parts of Trans-European corridors, or have already been announced, such as the electrification of GySEV's Hegyeshalom – Szombathely – Zalaszentiván line.

The Hungarian government is now in talks with the European Commission (EC) with the aim of drawing up a list of projects suitable for EU funding by the end of October. Hungary is expected to bid for funds from the initial €11.9bn tranche of funding from the EC's Connecting Europe Facility.