THE Hungarian government finalised the 2016 budget on May 23 for the Integrated Programme for Transport (IKOP), which is 85% financed by the EU, and allocates a total of Forints 1216bn ($US 4.3bn) to transport projects including Forints 790bn for mainline and urban rail projects. 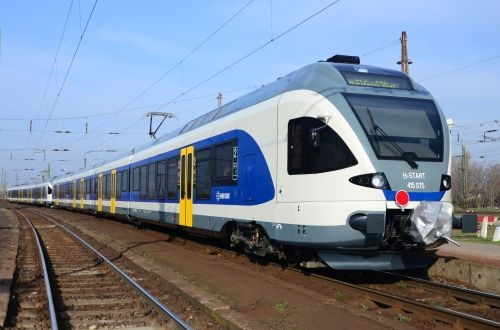 Modernisation of the Budapest - Esztergom line will continue with electrification of the entire route and reconstruction the section between Rákosrendező and Angyalföld, partially on a new alignment, with track-doubling planned for the Angyalföld - Újpest stretch.

The rollout of ETCS Level 2 will continue with the extension of the system to the Bajánsenye - Boba, Ferencváros - Lőkösháza, Ferencváros - Székesfehérvár, Sopron - Szombathely - Szentgotthárd and Szajol - Debrecen - Apafa lines.

Other IKOP projects include rebuilding Székesfehérvár and Szombathely stations and several stations along the shores of Lake Balaton.

National passenger operator MÁV-Start will receive a further 15 EMUs, each with capacity for 200 passengers, while a tender will be launched for 30 new EMUs with a capacity of 300-600 passengers, which could be double-deck trains. Györ-Sopron-Ebenfurth Railway (GySEV) will also receive funding for 10 new EMUs through the programme.

Among the urban rail projects set to benefit from IKOP, the Szeged - Hódmezővásárhely tram-train project is regarded as high-priority, with funding allocated for infrastructure and vehicles. In Budapest, tram Line 1 will be extended from both termini, metro Line 3 will be upgraded and a further 22 CAF trams will be ordered.

The government has also decided that special rules will be introduced to manage any cost overruns on these projects.