REPRESENTATIVES of Hungarian State Railways (MÁV), Györ-Sopron-Ebenfurth Railway (GySEV) and the Ministry of National Economics and Development signed contracts at the end of December to operate and manage the country's mainline rail infrastructure for the next 10 years.
The previous five-year agreement expired last year and changes were needed due to the Recast Directive and subsequent changes the Hungarian Railway Act. 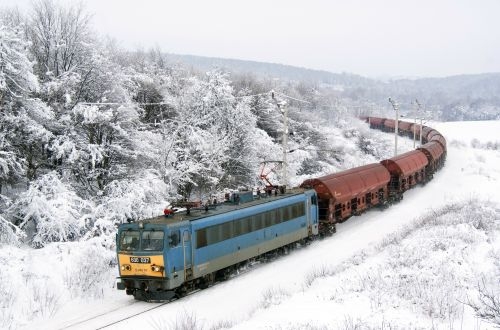 The new agreements are intended to provide the basis for more transparent and flexible operation of Hungary's railway infrastructure. They also ensure that any losses will be covered by the government, while also honouring cost-effectiveness. The state budget now compensates the railways for operating rail infrastructure and for public service obligation passenger services. Forints 75bn ($US261m) will be allocated for infrastrucutre in 2016.

Of the signatories, MÁV has already been approved as independent infrastructure operator while GySEV remains an integrated railway operator as it is responsible for both infrastructure management and running passenger rail services in the north-west of Hungary. GySEV operates its own 85km network and 330km of lines owned by MÁV.