INNOTRANS, the world´s largest railway exhibition which opens tomorrow, is set to break new records this year with 10% more exhibitors, while visitor numbers are forecast to top 100,000. 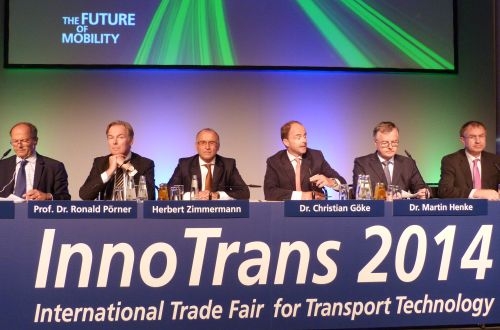 "For the first time we have exceeded 100,000m2 of space sold," says Dr Christian Göke, CEO of Messe Berlin, the organiser of InnoTrans. "Since its launch in 1996, InnoTrans has never ceased to expand."

Of the 2758 exhibitors, a record 61% are foreign with companies from 55 countries taking part. Messe Berlin has seen strong growth in the number of exhibitors from China and the United States which have increased by 37% and 36% respectively since 2012.

Messe Berlin says it has identified 140 products which will be making their world debut at InnoTrans, while there will be a record 145 rail vehicles on display in the track area.