InnoTrans to be rescheduled to Spring 2021

THE organiser of InnoTrans, Messe Berlin, says it will postpone the exhibition until Spring 2021 due to new coronavirus restrictions. 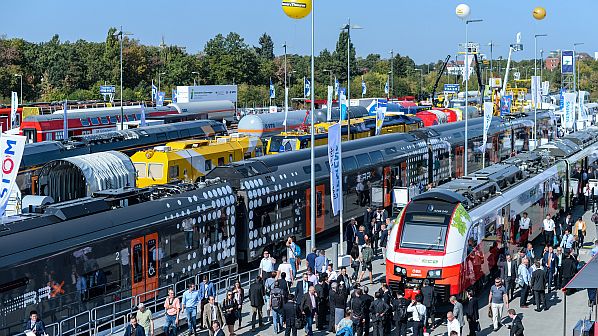 A new date for InnoTrans 2020 will be announced in early May.

“We have taken note of the decree of the Berlin Senate on April 21 regarding a ban on events with more than 5000 persons until October 24,” Messe Berlin tweeted on April 21. “We are already finalising an alternative event date and will announce it in early May.”

InnoTrans was scheduled to take place in the German capital on September 22-25 and normally attracts a huge number of exhibitors and visitors. The 2018 show had 153,421 trade visitors from 149 countries and 3062 exhibitors from 61 countries.

The German government had already banned large gatherings of people up to August 31 to prevent the spread of coronavirus, which cast doubt on whether InnoTrans would go-ahead just a few weeks later.