InnoTrans to expand in 2018

IRJ at InnoTrans 2016: Speaking at the opening press conference for InnoTrans 2016 in Berlin, Dr Christian Göke, CEO of Messe Berlin, said a new exhibition hall will be ready in time for the 2018 edition of InnoTrans to cope with increasing demand for exhibition space. 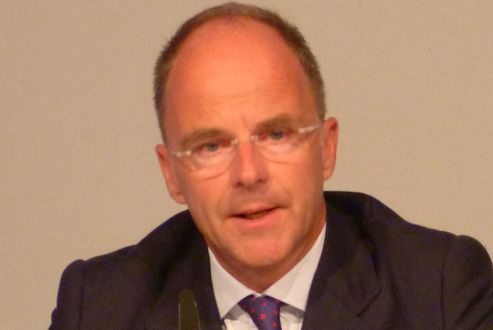 “This year’s InnoTrans is the largest ever and with it, the physical limits of the exhibition grounds have finally been reached,” Göke says. “Just over a year ago the trade fair had a waiting list for 6000m2 of floor space. By optimising all available areas on the outdoor display and in the halls we were able to satisfy every exhibitor’s request.”

There are 123 vehicles on display on the 3.5km of track on the show ground. These include Stadler’s new EC250 Giruno train for Swiss Federal Railways (SBB), the Siemens Velaro high-speed train for Turkish State Railways (TCDD), a Siemens train for the new Riyadh Metro, and a DE 18 locomotive from Vossloh Locomotives. In addition, 140 products will on show at InnoTrans for the first time.