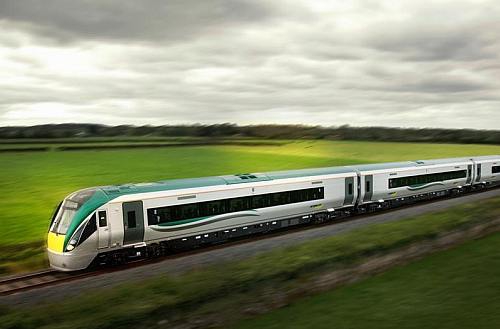 Irish Rail and Luas accounte for 33% of journeys from Ireland's PSO services.

Overall state funding for PSO rail, tram and bus services increased by 12% last year from €249m to €278m, and passenger revenues nationally also grew by 5.1% from €551m to €579m. Combined revenue for PSO services, between subsidy and fares, has increased by over 7% in 2017.

Irish Rail (IE) and Dublin’s Luas light rail network accounted for 33% of PSO journeys, with 18% and 15% respectively, while bus operators Dublin Bus, Bus Éireann and LocalLink made up the remainder of the 252.4 million journeys.

With the Green Line now extended to Broombridge, and providing interchange with the Red Line and greater connectivity to rail services, the NTA expects those numbers to grow substantially again in 2018.

IE saw passenger journeys increase from 42.8m to 45.5m, an increase of more than 6%. The bulletin says IE is benefitting from continued economic growth and has seen demand increase across the network with the introduction of new services, such as those through Dublin’s Phoenix Park Tunnel, helping passenger numbers continue to expand.

“2018 is looking like another busy year for the public transport sector, and in order to meet this increased demand, seven new 55m-long trams are being introduced on the Green Luas line, adding over 2500 person capacity to the line,” he says. “IE will be introducing a 10min frequency on Dart services, additional off-peak services on the Maynooth Line, an additional service in each direction on the Sligo Line and new off-peak services on the Kildare Line operating through the Phoenix Park tunnel.”