IRISH RAIL (IE) made a loss of €20.9m in 2011 and is unlikely to return to profitability until 2016, according to the company's newly-published annual report. 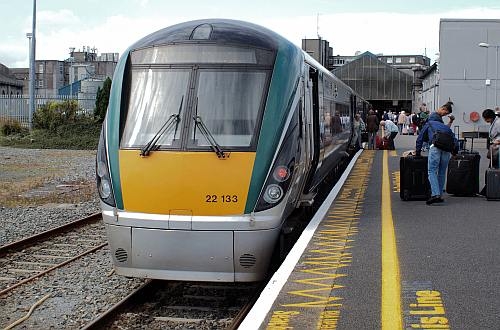 Total turnover fell for the fifth successive year from €190.2m to €185.8m and passenger revenues slid 4.2% as demand for InterCity services declined and government subsidy for marginal services was cut back. Operating costs have fallen from €410.4m in 2007 to €352.1m as IE has implemented a cost reduction programme and downsized its workforce. The railway plans to shed a further 450 of its 4100 posts by 2016.

IE says it remains cautiously optimistic about the long-term outlook, but its prospects depend on the successful delivery of its five-year recovery plan.

IE's financial difficulties have contributed to the financial pressure on parent company CIE, which faces a cash crisis as revenues from rail and bus services and government support diminish. The government had pledged a €36m bailout for CIE, but later ordered the company to dispose of assets and increase borrowing to meet the shortfall.

Transport Minister Mr Leo Varadkar has told CIE he expects to see a significant improvement in the performance of its constituent companies this year.