AFTER a 10-year hiatus, regular passenger services from Udine and Trieste to Ljubljana will be revived on September 9 thanks to a partnership between the Italian region of Friuli Venezia Giulia, Trenitalia and Slovenian Railways (SZ). 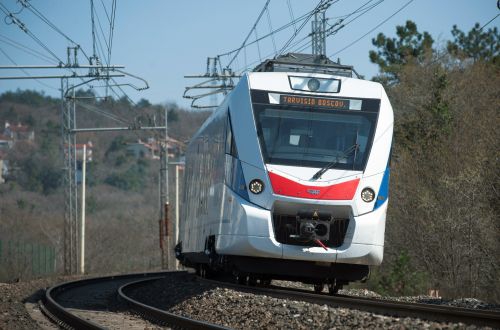 Services will be operated by CAF Civity EMUs.

Fares for the twice-daily service were confirmed by the regional council of Friuli Venezia Giulia on August 10, with prices set as the sum of the fares applied by the respective operators. A ticket from Udine to Ljubljana will cost €15.60, while the fare from Trieste and Villa Opicina to Ljubljana will be €8.00.

Services will be operated by pairs of CAF ETR 563 EMUs owned by the Friuli Venezia Giulia region and equipped for operation in Slovenia. Each train will accommodate 272 passengers and 30 bicycles.

Although the launch date is less than a month away, the services cannot currently be viewed on the online timetables of Trenitalia or SZ.

Mr Graziano Pizzimenti, newly-appointed regional transport and infrastructure deputy for Friuli Venezia Giulia says he hopes the new link to Slovenia will build on the success the Mi.co.Tra service from Udine to Villach in Austria and the opening of Trieste Airport station in April.