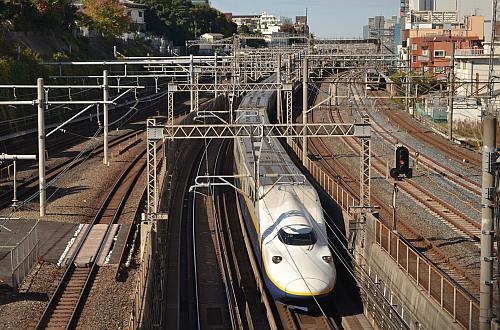 The event in Tokyo was hosted by the European Commission and the Japanese Ministry for Land, Infrastructure, Transport and Tourism, as part of ongoing negotiations between the EU and Japan on a new Free Trade Agreement.

JR East's director general for corporate planning Mr Yuji Morimoto told delegates that JR East has adopted a new code of conduct on equipment procurement which commits the railway to higher levels of transparency and openness. The railway has also completely upgraded the procurement section on its international website, which now includes upcoming tenders.

JR East says it wants to build and strengthen relations with international suppliers and it is now seeking "best in class products from all over the world." Last month JR East published an international tender for new trains for the Hachinohe Line and it is planning to hold three supplier days in Europe in February. Senior R&D and procurement staff from JR East will attend the seminars in Düsseldorf on February 9, Lille on February 10, and Milan on February 12.

Further information on the seminars is available by email from the JR East Brussels office.