TWO 9.93m-diameter TBMs have begun boring the central section of the 32.5km Koralm tunnel, the centrepiece of the new Koralm line between Graz and Klagenfurt in southern Austria. The first 3km from the eastern portal of the two single-track bores have been built using conventional tunnelling techniques. 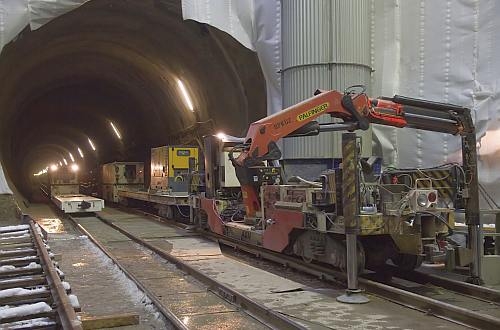 Contractors have faced a particular challenge in gaining access to the underground construction area. Establishing a construction base near the eastern portal was ruled out for environmental reasons, so the only viable solution was to sink a 60m-deep supply shaft at Liebenfeld south of Deutschlandsberg. This allowed equipment to be lowered into a cavern where the TBMs were assembled in-situ.

The supply shaft is served by a spur from the Graz-Köflach Railway (GKB) Lieboch – Wies-Eibiswald line, which is being used to deliver construction materials to the site and remove spoil from the tunnel.