KOSOVO’s national train operation Trainkos announced on July 31 that it will withdraw all services on two of its three passenger routes with effect from August 3 because it lacks the financial means to continue operations. 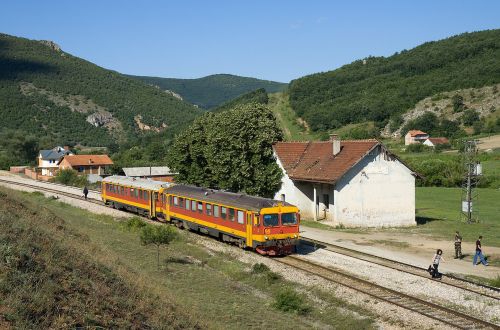 Trainkos says the funding allocated by the Republic of Kosovo for the operation of passenger services on the Prishtina - Peja and Fushë Kosovë - Hani i Elezit (Macedonian border) lines was exhausted in June. Trainkos has continued to operate these services in recent weeks using its own budget, but it says this is unsustainable.

With the elimination of these services, the only passenger services in Kosovo will be those linking the capital Prishtina with Skopje in Macedonia.

Trainkos says that under the Kosovo Railways Law, the contracting authority (the Ministry of Infrastructure) must cover the full cost of operating publicly-necessary but loss-making services, allowing the operator a “modest profit margin.”

However, Trainkos adds that since the reform of Kosovo Railways in 2011 the government has failed to meet its financial obligation to these services and losses have been covered by the operator. Trainkos claims it has been left to find €5m from its own budget since September 2011 to continue operation of these services.

“We have addressed the issue of expenses with the competent authorities but we have not yet solved this problem,” the company said in a statement. “We expect the country’s government to deal with this issue and find sustainable solutions, as defined by the Kosovo Railways Law.”