KOSOVO’s national train operator Trainkos has reinstated passenger services between Prishtina and Pejë, the country's main domestic route, two months after operations were suspended amid a dispute over funding. 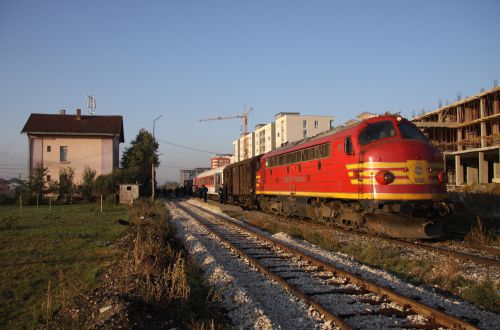 In early August 2017, Kosovo Railways passenger operator Trainkos withdrew all domestic rail services as the operator said revenue was not even covering diesel fuel costs let alone other operating expenses. The central government had also failed to provide any of the revenue support due to the operator since September 2011.

The only exception to the withdrawal was the daily service from Prishtina to Skopje in neighbouring Macedonia (which actually operates as separate trains in Kosovo and Macedonia) which is specifically supported by a discrete €500,000 annual subsidy from the Kosovan government.

Trainkos said that losses over the six years amounted to more than €5m, and that it was unable to continue funding the growing deficit from other sources. However, when the services were withdrawn Trainkos stressed that it wanted to find a solution to enable services to restart.

Coinciding with the reinstatement of passenger services, Trainkos has introduced the first of 10 coaches donated by German Rail (DB) earlier this year and announced plans to fit them with Wi-Fi, with the Kosovan government funding the work.