THE first of 24 Flexity Classic LRVs was officially handed over today by Bombardier to Krakow Transport Authority (MPK) in the presence of the city's mayor Mr Jacek Majchrowski. This follows the unveiling of this new design at InnoTrans in Berlin in September. 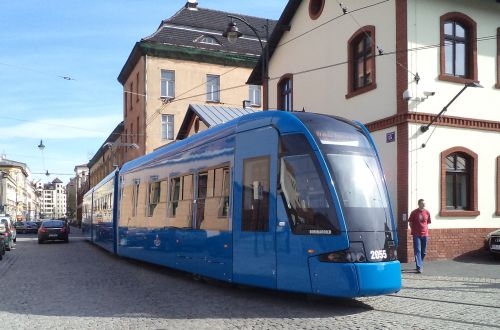 Each LRV is 32m long and 2.4m wide with five double and two single doors. The air-conditioned vehicles can accommodate up to 229 passengers and have multi-purpose areas for pushchairs and wheelchairs.

"The vehicle's most prominent features are the blue ceiling with LED lighting, an allegory to the stars in the sky, and the city's coat of arms with the Krakow dragon on passenger seats," says Mr Julian Pilszczek, CEO of MPK Krakow.