FRENCH National Railways (SNCF) continued to feel the impact of the economic downturn in the first quarter of this year as revenues remained almost static at €8.2bn, a 0.9% year-on-year increase. 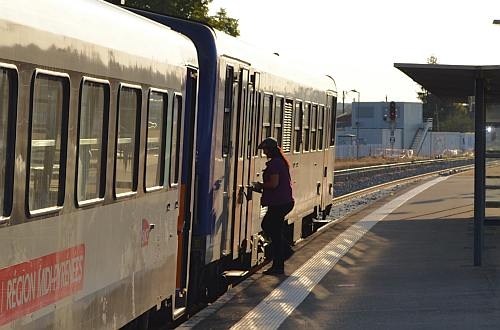 SNCF says this growth came primarily from a 4.3% increase in turnover at infrastructure and engineering division SNCF Infra, which saw revenues climb to €1.26bn. This was driven largely by an increase in maintenance and upgrading, particularly in the Paris region, which was offset partially by the transfer of the building maintenance division to SNCF Stations and Connections in January. Excluding the impact of this transfer, revenues rose 6.8% compared with the first quarter of 2012.

The picture was less positive for long-distance passenger unit SNCF Voyages, which saw revenues dip 0.8% to €1.72bn, primarily because of lower ticket sales and 2% decline in patronage on TGV services in France. By contrast, rising demand for international travel, particularly to Switzerland and Germany, boosted European ticket sales by 3.2%.

Freight suffered another difficult quarter, with SNCF Geodis witnessing a 2.1% year-on-year drop in turnover, which fell to €2.28bn. Railfreight experienced a particularly tough start to the year, with revenues falling 7.7% overall and 8.7% within France (Fret SNCF).

SNCF Stations and Connections benefitted from the transfer of building maintenance activites from SNCF Infra, which helped to drive a 14% increase in revenues to €266m. Higher station access fees and commercial rents also contributed to the improved results.

SNCF believes the outlook for the remainder of the year is poor with the continued global economic slump and little likelihood of an increase in French GDP, with consumer spending projections revised downwards and problems in the freight sector set to continue. The company says it is looking at a variety of measures to strengthen revenues, reduce expenses and manage investment levels, although investment in stations and new and refurbished rolling stock will continue.