THE former CEOs of Netherlands Railways (NS) and Veolia Netherlands have gone on trial at the Court of Justice in 's-Hertogenbosch accused of corruption, fraud, forgery, and the leaking of confidential commercial information during the tendering of regional rail and bus services in the province of Limburg. 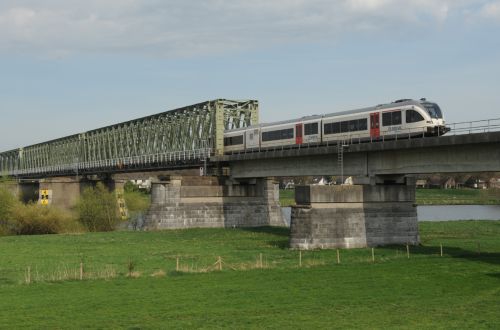 The Province of Limburg launched the tender for all regional bus and rail services within its jurisdiction in 2014, and subsequently selected NS subsidiaries Abellio and QBuzz, which made a joint offer for the contract, as preferred bidders.

However, soon after the concession was awarded serious irregularities were uncovered by NS, which reported its findings to the provincial government. The contract with Abellio and QBuzz was cancelled and the concession was later awarded to Arriva, which took over operations from Veolia in December 2016.

The prosecutor is seeking a prison term of up to one year for Huges, accusing him of failing to intervene and prevent NS committing the irregularities. De Beer could face up to eight months in jail, while former Abellio director Mr Jeff Hoogesteger could receive a 10-month prison sentence if found guilty. Other NS, QBuzz and Abellio managers could be sentenced to community service.

The manager of consultancy firm PTRM, another NS subsidiary, has also been charged as it was through this company that de Beer was able to work secretly for NS, contravening an anti-competition regulation with his former employer Veolia.

The prosecutor is seeking a €3m fine for NS Group. In June NS was fined €41m by the Dutch anti-monopoly office (ACM) for abusing its dominant position in the market.

A verdict in the Limburg tender fraud case is expected on December 21.