THE CEO of Netherlands Railways (NS) Mr Timo Huges resigned with immediate effect on June 4 after the company's supervisory board withdrew its confidence following the emergence of more details of irregularities in the Limburg regional tender. 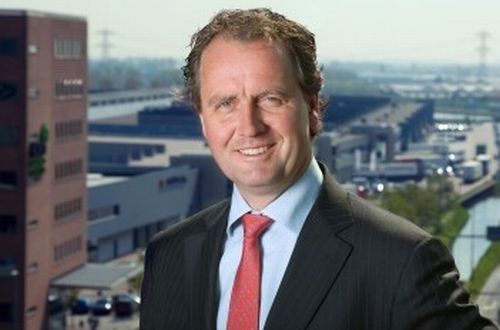 NS says an internal compliance investigation has found that Huges' communications with managers of NS subsidiary QBuzz during the tendering process were "different" to those declared in his statements.

The supervisory board decided that these "incorrect and incomplete statements" were a good enough reason to withdraw its support for Huges. Dutch minister of finance Mr Jeroen Dijsselbloem, who holds shares in NS on behalf of the state, approved the vote of no confidence by the supervisory board and Huges resigned immediately.

CFO Mr Engelhardt Robbe will act as interim CEO until a permanent successor to Huges can be found.

The resignation came two days after the Limburg provincial government awarded the 15-year operating concession to Arriva, and one day after the Dutch Consumer and Markets Authority (ACM) published a report which suggests NS has abused its dominant market position and committed violations of the Railways Act.

Huges downfall was sealed after several Qbuzz managers stated that he was aware of the irregularities in the bid for the Limburg contract. Moreover, they stated that they had received instructions not to cooperate with the internal compliance investigation. NS says further investigation has revealed that Huges' statements were not truthful.

For the same reason, Mr Jeff Hoogesteger, CEO Abellio Holding – another NS subsidiary implicated in the investigation – has also been dismissed. Robbe will also take over this role on an interim basis.

The Limburg tender sought an operator for one of the largest regional rail and bus concessions in the Netherlands. Initially the regional public transport authorities awarded the concession to NS subsidiary Abellio, which made a bid with support from NS subsidiary QBuzz. However, it was reported that a senior manager of Veolia Transport Limburg, the incumbent operator, had been leaking confidential information to Abellio and QBuzz. Following an appeal, the provincial government awarded the contract to Arriva, which submitted the second-best bid.

Dijsselbloem told parliament that NS' behavior has been totally unacceptable, and that the company has an inappropriate working culture which must be addressed. The minister is now considering whether to file criminal charges against Huges and the public prosecutor is looking into the activities of NS, Abellio Transport Holding, Abellio Nederland, Abellio Limburg, QBuzz to establish whether charges should be brought against any other managers.

NS states that it will implement improvements as soon as possible, particularly in areas such as stations and ticketing, where neutrality and transparency are required to ensure all operators are treated fairly.

In addition to the Limburg scandal and the ACM investigation, NS is under scrutiny on a number of other fronts. The Dutch Parliament is currently carrying out an inquiry into the Fyra fiasco and evidence so far indicates NS mismanaged the procurement of the V250 trains from AnsaldoBreda.

It has also emerged that a consultant working for NS sold confidential documents to Bombardier during the procurement of the Sprinter New Generation trains. NS says this did not influence the outcome of the tender, because the contract was won by CAF and Bombardier did not participate.