AUSTRIAN Federal Railways (ÖBB) has finalised the details of a project to quadruple the Linz - Wels section of the Vienna – Salzburg line. 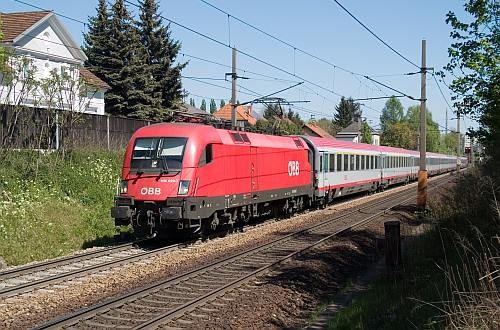 From Linz, two additional tracks will run parallel to the existing line as far as Leonding but from there a new alignment will diverge to the south to avoid the towns of Pasching and Hörsching. A new station will be built at Linz Hörsching airport and the existing line through the two towns will be abandoned.

Near Oftering, the existing alignment is joined again and the two new tracks will continue in parallel as far as Marchtrenk. From there the line already has four tracks, two of which form the approach to Wels marshalling.

The new section will be 16km long and will require extensive noise mitigation measures. An environmental assessment is now underway and construction is expected to start on the €660m project in 2018, with completion scheduled for 2026.

The Linz – Wels line is one of the busiest in Austria and is currently used by 340 trains per day, with traffic forecast to reach 500 trains per day by 2025.

With the completion of this project, the entire Vienna – Linz – Wels line will have four tracks.