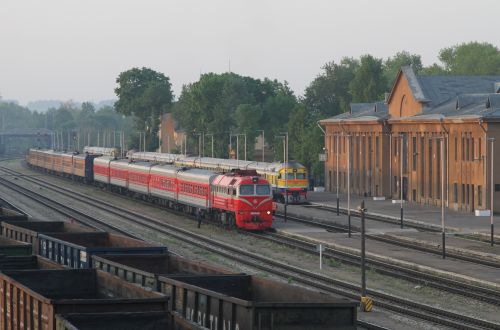 Latvian coaches are uncoupled from a St Petersburg - Vilnius service at Daugavpils on 18 May 2013, before the Latvian city lost its remaining passenger trains to Lithuania.
Photo Credit: Phil Wormald

Trains depart from Vilnius at 05.42 and 11.45 with intermediate stops at Pabradė, Švenčionėliai, Ignalina, Dūkštas and Visaginas. The return services depart from Daugavpils at 08.57 and 15.41.

LG says the 2h 30min trip is competitive with the journey time by car and around 30 minutes faster than the bus.