LIVERPOOL City Region published its long-term rail strategy on August 27, which sets out how the city hopes to improve links both within Merseyside and to towns and cities further afield. 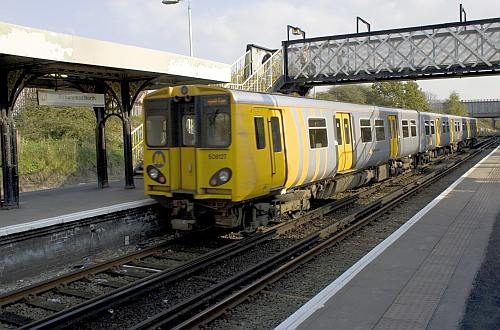 The strategy will be presented to the committee of Liverpool transport authority Merseytravel on September 4, before going to the city's Combined Authority for approval on September 19. A draft strategy including 12 rail priorities was approved by both bodies in May.

The strategy calls for the replacement of the class 507 and class 508 trains used on the third-rail dc suburban network with new high-capacity trains. The introduction of new rolling stock would be accompanied by power supply upgrades and improvements to station accessibility.

In Liverpool city centre the strategy calls for greater use of James Street and Moorfields stations, particularly at peak times, together with platform extensions at Lime Street to accommodate additional services, including high-speed trains. It also recommends investigating the potential of a new city centre station.

On the City Line enhancements are proposed to increase capacity at Wavertree Junction for services between Mossley Hill and Edge Hill, extension of Merseyrail services from Liverpool South Parkway to the city's airport, Speke, and Runcorn, as well as new stations.

Electrification is proposed for the lines to Warrington and Wrexham, with the restoration of direct links between Liverpool and North Wales. The strategy also recommends electrification of the Crewe – Chester, Crewe – Holyhead, and Ellesmere Port – Helsby lines.

The electrification of the Ormskirk – Preston line would enable the operation of direct electric services between Liverpool and Preston, eliminating the awkward change to diesel services at Ormskirk, while the reinstatement of Burscough Curve and the construction of a new station at Burscough Bridge would provide direct links between Ormskirk – Liverpool and Southport – Wigan services.

Increased frequencies are proposed on the Wrexham – Bidston line, while in the longer-term electrification would allow this route to be incorporated into the Merseyrail Wirral Line.

The strategy also recommends the construction of a new link servicing Skelmersdale and the restoration of passenger services on the North Mersey and Bootle freight lines, creating new passenger routes to Ormskirk and Edge Hill.

Merseytravel says it expects these proposals to be reviewed regularly to ensure they reflect changing economic circumstances, and it says that all individual schemes will be subject to full feasibility studies and business cases in order to move forward.

"The rail strategy is about co-ordination and building on our successes, most notably the Merseyrail network," says Merseytravel chairman Mr Liam Robinson. "It is about ensuring that the rail connections we have within our city region link seamlessly with those beyond, not only to what we would consider the untapped potential of local catchment areas such as North Wales and Skelmersdale but to London and to places like Manchester and across the Pennines to Leeds through better, faster and more frequent connections."