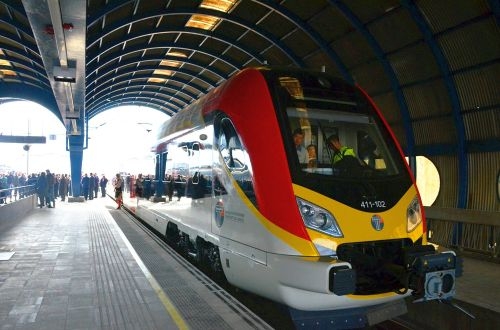 Following a competitive tender, MZ placed a €25m order with the former CSR Zhuzhou Electric Locomotive (now part of CRRC Corporation) in June 2014 for two 25kV 50Hz ac EMUs and four DMUs. The second EMU is due to be delivered by the end of the year and the four DMUs will arrive in Macedonia in the first quarter of next year.

Speaking at the launch, deputy prime minister Mr Zoran Stavreski said the government has allocated Denar 2.2bn ($US 380m) for rail investment in 2016 while Gruevski said the plans are being developed to finance further new passenger trains for MZ, which is also preparing a tender for new locomotives.