Wider benefits in communications and renewables. 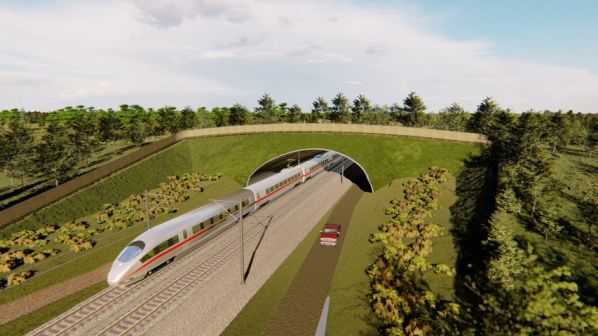 A study drawing on international best practice has recommended drawing the maximum benefit from the Rail Baltica project through a complementary package of communications, renewable energy and transport initiatives to be delivered at the same time as construction of the new railway.

The study makes recommendations for the development of cross-border 5G mobile networks and fibre optic backbones, as well as the implementation of smart stations to support wider smart city developments and the deployment of edge computing infrastructure.

Renewable energy generation, including solar and wind, should be developed alongside Rail Baltica and the study suggests that the new railway’s traction substations could feed renewable energy into the grid. New infrastructure for electric road vehicles could be provided in parallel.

According to RB Rail, the proposed recommendations are fully in line with the European Union’s Fit for 55 package to reduce net greenhouse gas emissions by at least 55% by 2030.

RB Rail says that it will now lead active engagement with relevant partners to promote implementation of the study recommendations. This will involve close collaboration with stakeholders including European institutions and Baltic ministries responsible for transport, digital infrastructure, energy, economic development and defence,

Addressing the Friends of Rail Baltica group at the European Parliament on April 26, Rail Baltica chairman and CEO, Mr Agnis Driksna, reported that implementation of the project had made significant progress in Estonia, Latvia and Lithuania, and was approaching the start of major construction work.

Work was progressing well at the Riga Central Hub and Riga International Airport section, and on the section between Kaunas in Lithuania and the Latvian border section, he added