LIVERPOOL City Region transport authority Merseytravel has agreed to contribute £765,000 towards the development of plans for a new line to Skelmersdale, the second-largest town in northwest England without a rail connection. 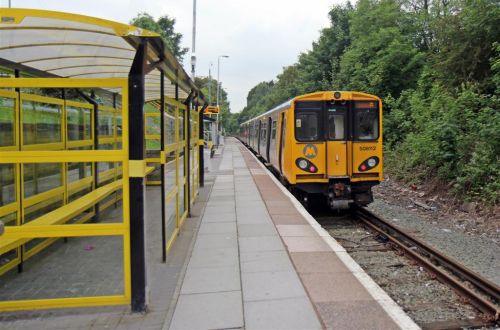 Lines to Liverpool and Wigan are currently severed at Kirkby. This connection would need to be reinstated to allow through services to Skelmersdale.
Photo Credit: Wikipedia/El Pollock CC by SA 2.0

Lancashire County Council has already committed £4.32m to develop the business case for a new station at Headbolt Lane in Knowsley and a branch running north to Skelmersdale town centre.

Merseytravel says the delivery of new Stadler trains for the Merseyrail network from 2020, and trials to run them beyond the 750V dc third rail network, could help inform the specification for the Skelmersdale scheme, potentially meaning electrification may not be required. Merseytravel says that while these trains will all be supplied as EMUs it will be possible to configure the sets as IPEMUs for operation on non-electrified lines.

Merseytravel says that the project, which has an estimated pricetag of around £300m, could be completed within 10 years if it develops a strong business case and secures the necessary funding.

The project is part of Liverpool City Region’s 30-year vision for the rail network in Merseyside, which was published in August 2014.