BELARUSIAN Railways (BC) electric locomotives have begun operating into Lithuania following the completion of electrification on the Maladzečna - Kena line, the final section of the Minsk - Vilnius route to be energised. 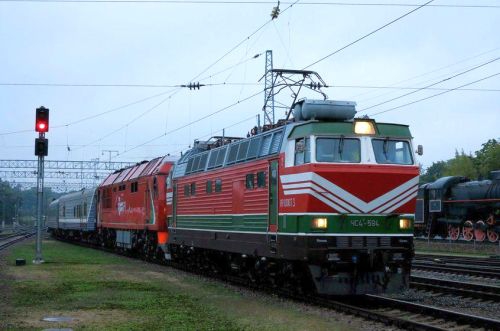 The first electrically-hauled freight train crossed the border on September 6, and a BC electric locomotive hauled a passenger train from Minsk to Vilnius on September 13.

Regular electric services between the two capitals will begin later this year and Lithuanian Railways (LG) plans to use class 575 double-deck EMUs recently delivered by Škoda to operate these services.

Each 160km/h three-car train will seat 290 passengers, including 23 in first class.

LG says it carried around 200,000 passengers on the Vilnius - Minsk route in the first eight months of this year.