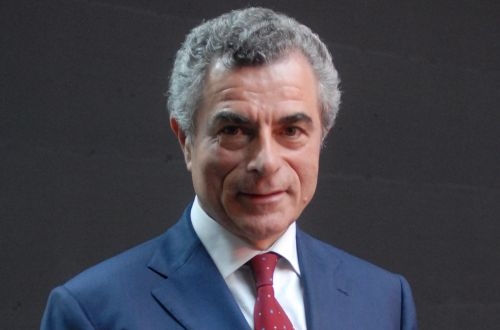 Moretti succeeds Mr Alessandro Pansa who has only been CEO of Finmeccanica since February 2013. Pansa's predecessor Mr Giuseppe Orsi was arrested and is on trial accused of overseeing bribes to Indian officials over the sale of helicopters. Finmeccanica is primarily a defence and aerospace company but also includes troubled train manufacturer AnsaldoBreda and profitable signalling and train control specialist Ansaldo STS, both of which Finmeccanica has being trying to sell unsuccessfully.

Shares in Finmeccanica were down 5.22% at the close of trading on the Milan stock exchange on April 15 due to fears that Moretti may decide not to sell the two subsidiaries and concerns over his lack of experience of the defence and aerospace industries, as he has spent his entire 37-year career with FS. However, Moretti is credited with turning FS from a loss-making enterprise into a profitable one. Six years ago, FS had a deficit of €2bn and made a loss of €115m, but under Moretti's leadership it has been in profit ever since. He also spearheaded the successful relaunch of Trenitalia's high-speed services.

Moretti started his career with FS in 1978 as an officer in the electrical plant section in Bologna. In 1986 he was named manager and in 1991 became responsible for research in the new high-speed/high-capacity electric traction division. Moretti has been managing director of several FS subsidiaries including Italferr (1993-1997), Grandi Stazioni (1998-1999), and TAV (1997-2004) before being appointed CEO of Italian Rail Network (RFI) in 2001. He became CEO of FS in 2006. The current CEO of RFI, Mr Michele Mario Elia has been tipped as a successor to Moretti.