HUNGARIAN State Railways (MÁV) is making progress with the upgrading of the railway network around Lake Balaton, a popular tourist destination in the west of the country. 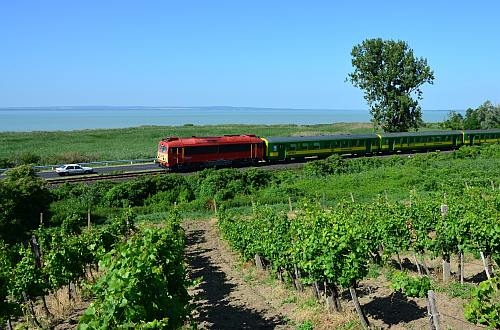 The reconstruction of the Budapest – Székesfehérvár line is almost complete, with the final phase of the project focussing on the modernisation of Székesfehérvár station.

Hungary will use EU funds from the current financial period (2007-2013), which need to be accounted for by the end of 2015 to upgrade the line from Székesfehérvár towards the Croatian border crossings at Murakeresztúr and Gyékényes at least as far as Balatonszentgyörgy at the western extremity of Lake Balaton. The line forms part of TEN-T Corridor 5 and runs along the southern shore of the lake.

In July 2013, MÁV issued an invitation to tender for the rebuilding of the 29km line from Lepsény to Zamárdi, which is also being financed through the 2007-2013 EU budget. Bids are currently being evaluated for this project.

The upgrading of the 56km Zamárdi – Balatonszentgyörgy line is already approved but funding will come from the 2014-2020 EU budget. The project will eliminate speed restrictions and restore the line for 100 km/h operation, and a 7km dynamic loop will be constructed between Balatonszemes and Balatonlelle to allow trains to pass without stopping.

West of Fonyód, the formation along the lakeshore will be reinforced to protect the line against erosion. Station platforms will be raised to 55cm and noise protection walls will be built at several stations.

Contracts for the Zamárdi – Balatonszentgyörgy section are due to be signed in early 2014 and the project will be completed in the second half of 2015.

In the second phase of the project, a new link will be constructed at the eastern end of Lake Balaton to provide direct access between the southern and northern sides of the lake. The line along the northern shore from Szabadbattyán to Tapolca will also be electrified.