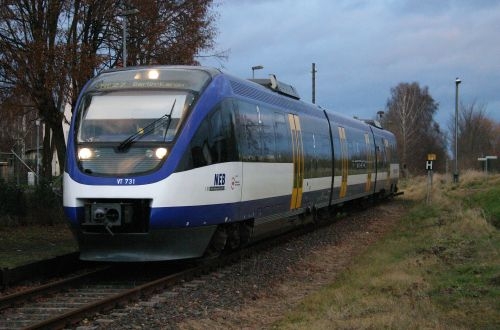 The concessions are for 10 and nine years respectively and cover the operation of around 5 million train-km per year.

Lot 1 is for five routes to the east of Berlin, four of which are currently operated by ODEG and the fifth by DB Regio. NEB will take over these services in December next year using Stadler Regioshuttle dmus.

Lot 2 comprises four routes to the north and east of Berlin which NEB will take over in December 2015. The line from Küstrin-Kiez to Kostrzyn, Poland, is already operated by NEB, and VBB wants it to extend the service further into Poland to Gorzow Wielkopolski. Two of the routes are currently operated by DB Regio, while the fourth is in the hands of ODEG. NEB will operate the four lines with a mixture of existing Talent dmus and a fleet of Link dmus to be ordered from Pesa, Poland.