BRITAIN's infrastructure manager, Network Rail (NR), has agreed to spending and performance targets laid down by the Office of Rail Regulation (ORR) for 2014-2019 known as Control Period 5 (CP5). 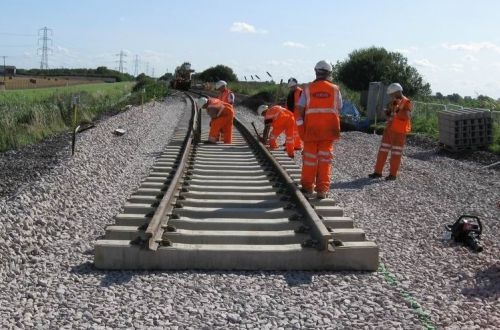 NR will invest £12bn on infrastructure renewals and a further £12.8bn for enhancements, including electrification and the Thameslink and Crossrail projects, during CP5, which in total is about £1bn more than in CP4.

NR has also agreed to reduce costs by 19.4% compared with its proposed reduction of 13.8%. ORR says this will be achieved through improved management of possessions, working more effectively with suppliers, improved asset management and better targeting of work.

NR must also improve train punctuality from 90.7% to 92.5% and reduce disruption from engineering works to passengers by 8% and to freight customers by 17%. However, commitments to reduce disruption are lower than originally envisaged to reflect the major enhancement programme envisaged.

The cost of operating and maintaining the network in CP5 has been determined at £13.4bn compared with £13.8bn in CP4. Access charges for specific types of freight such as coal, iron-ore and spent nuclear fuel will increase by 4% a year, but only 1% a year for other types of freight.

ORR says that since privatisation in the mid-1990s, passenger numbers have doubled and freight traffic has risen by 60%. Last year, even in difficult economic conditions, passenger journeys rose by 4%, and freight traffic grew by 3%. Traffic growth has put great strain on the network, which ORR says is near to capacity in places. For CP5, growth of around 14% in passenger demand and 4% in freight volumes is forecast, hence the need to increase investment in enhancements.

"Our considered view is that this determination is challenging but achievable for NR in terms of efficiency, value for money and deliverability," says ORR.