WEST Midlands Trains, a joint venture of Abellio, JR East and Mitsui, has finalised two orders worth £680m for 107 new trains with Bombardier and CAF for the new West Midlands franchise, which started on December 10. 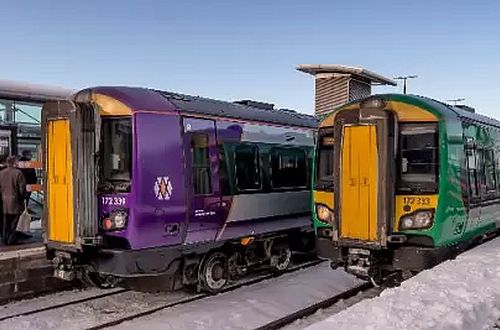 CAF will produce 80 DMU cars consisting of 12 two-car trains and 14 four-car trains for operation on non-electrified lines radiating from Birmingham.

The new trains will provide space for an extra 85,000 passengers on peak-hour services into Birmingham and London, and are part of the planned £1bn investment in the new franchise. All the trains will have air-conditioning, Wi-Fi and in-seat power sockets.

The franchise will operate under two separate brands. West Midlands Railway (WMR) will operate commuter services in the Birmingham area and London Northwestern Railway (LNR) will run commuter and long-distance services on the WCML between London Euston, Northampton, Birmingham and Liverpool.

The remainder of the investment in the new franchise includes £70m towards new and existing depots, £60m for station improvements, and £18m for staff training.