NETINERA'S Four Land Express (Vlexx) concession, which took over regional services in parts of three western German federal states plus cross-border trains to Alsace, France, on December 14, has been forced to offer a reduced service due to shortages of trains and drivers. 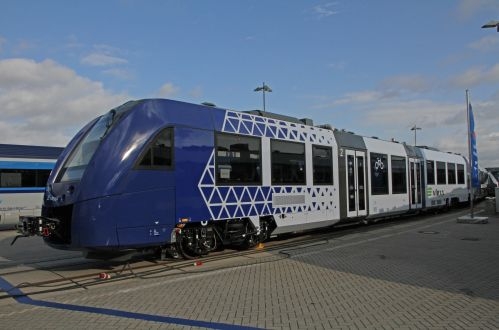 Despite actually starting operation on some routes in late November, the few Vlexx services on the electrified Mainz - Bingen section were subcontracted to TransRegio which used their Desiro ML EMUs. In addition, all Vlexx services on the Koblenz - Frankfurt, Worms - Mainz and Bingen - Worms routes have been cancelled with passengers told to use alternate services

Vlexx took over the service from DB Regio and is expected to operate 6.1 million train-km annually on 10 routes under a 22.5 year contract using a brand new fleet of Alstom Coradia Lint DMUs, which consists of 45 two-car and 18 three-car trains.

Netinera says it is endeavouring to offer the full service from January.