A milestone was reached in the upgrading of the line between Östersund, Sweden and Trondheim, Norway, on October 19 with the opening of a new 230m viaduct near Storlien on the Swedish side of the border. 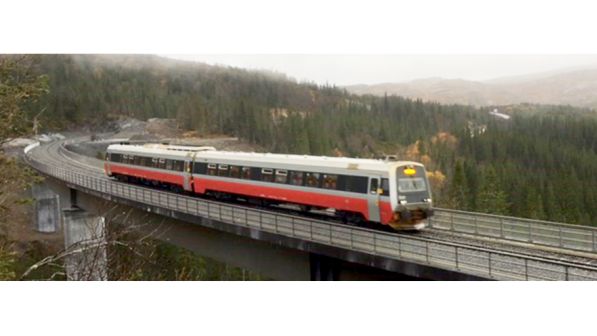 Traffic was suspended on the 3.74km section between Storlien and the frontier in November 2013 after Swedish infrastructure manager Trafikverket detected movement in an embankment.

Construction subsequently began on in 2016 on the Stora Helvetet bridge to bypass the embankment on the original alignment, which dates from the 1880s.

Trafikverket is now preparing to electrify the section from Storlien to the border. On the Norwegian side, electrification of the Trondheim - Hell - Steinkjer section of the Nordlandsbanen and the 70.7km Meråkerbanen from Hell to the Swedish border has been included in the 2018-2029 National Transport Plan and is due for completion by 2024.