“No change” to Belfast - Dublin services after Brexit, says IE

PASSENGERS will not see any changes in the day-to-day operation of Belfast - Dublin ‘Enterprise’ services, even in the event of a no-deal Brexit, Mr Billy Gilpin, director of train operations for Irish Rail (IE) told a meeting of the Seanad committee on Britain’s withdrawal from the European Union in Dublin on September 25. 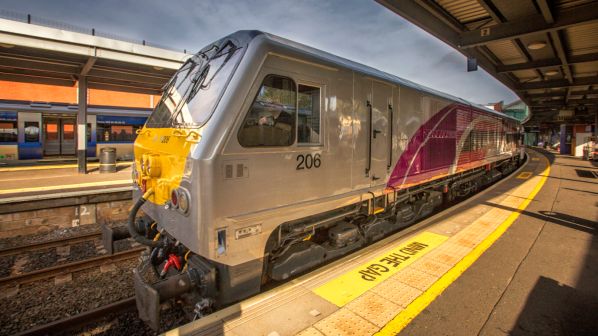 The Belfast - Dublin service is jointly operated by IE and Translink Northern Ireland using eight-car push-pull trains, which were refurbished in 2015-2016 with the aid of EU funding.

Gilpin told the committee that IE has been working closely with Translink since 2017 to understand the potential impacts of Brexit on the service and implement mitigating measures to ensure a “seamless service” continues to operate across the border. “From a customer point of view, under all Brexit models they will see no change to the service we jointly provide with Translink,” he says.

Britain’s status as an EU member state means that under EU Directive 2012/34, Translink drivers are currently able to drive trains south of the border. As the directive would cease to apply in Britain if Brexit takes place, Translink is seeking to become an operator in the Republic of Ireland.

“Translink is well advanced in the process of obtaining approval from the Commission of Railway Regulation to be licensed as a railway undertaking in Ireland should a no-deal Brexit take place,” Gilpin says. “If for any reason licensing is not completed by October 31 [the current deadline for Britain’s departure from the EU] we have developed proposals under which Enterprise services south of the border would operate under IE’s operating arrangements and licenses pending the finalisation of Translink’s status as a railway undertaking in Ireland.

“Regulatory matters will have been resolved in a manner which protects the seamless service which both companies have been proud to deliver.”