NORWEGIAN infrastructure manager Jernbaneverket has taken delivery of two mobile static converters units, which will be used to boost traction current in areas where traffic is increasing and new trains are being introduced. 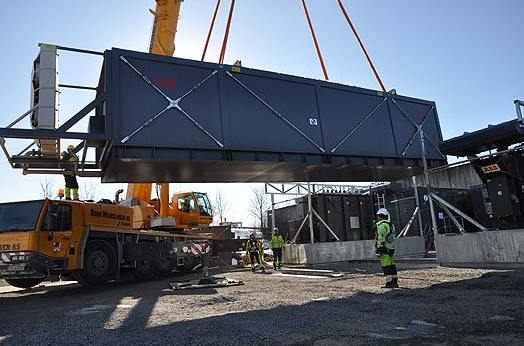 The 15MW converters will undergo testing at Jessheim near Gardermoen during April and May before they are put into operation at Alnabru and Holmia near Oslo, where they will significantly increase the capacity of the existing 2x10MW converter stations. The additional units are being installed on a temporary basis pending the commissioning of a new substation for the Oslo area.

Jernbaneverket says that redundancy in the 15 kV/16 2/3 Hz ac power supply will decline significantly with the introduction of new emus for Norwegian State Railways (NSB).

Jernbaneverket has previously only used rotary converters and this is the first time mobile converters have been used on Norway's railways. The infrastructure manager says a mobile converter can be moved to a new location and set up within about two weeks, allowing it to respond more quickly to power supply problems or fluctuations in demand.

Two further mobile static converters, which are identical to the units now being tested, have been ordered for delivery next year. They will be installed at Larvik and Rudshøgda.