Services could start in 2024 with extension to Hamburg possible. 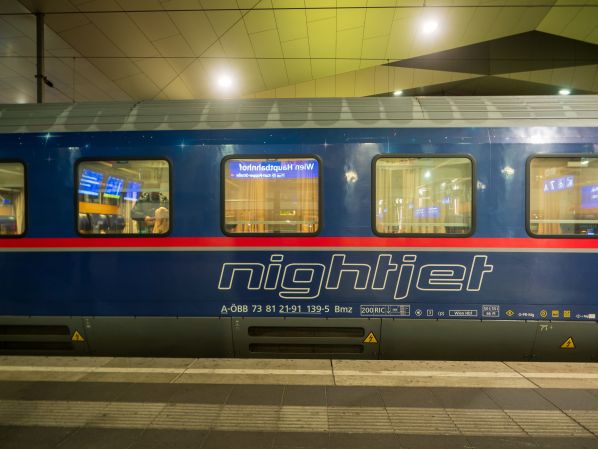 NIGHT trains could begin operating between Oslo and Copenhagen from August 2024 after Norway’s new government requested the Norwegian Railway Directorate to make a final decision on introducing the service.

The Directorate has been asked to investigate the possibility of resurrecting the service, which last operated in 2000. In a statement the government suggested that the most time-critical issue surrounding the start of such operations would be the ability to find suitable trains.

A preliminary route has been approved by Swedish and Danish capacity allocation bodies. A train would depart Oslo at 21.30, arriving at Copenhagen at 06.30. In the other direction, a 22.00 departure from Copenhagen would arrive at Oslo at 07.30.

In an evaluation document dated November 1, the Norwegian Directorate reports that travel from Norway to Copenhagen “will be an obvious main market” but highlights that Danish ski tourists heading to Norwegian ski destinations “will constitute an important complimentary market.”

There could also be further destinations the Directorate suggests. “It would also be natural to assess a night train offer to Copenhagen against potential markets in the meantime,” it states, suggesting that Malmö and Kastrup could be sub-markets for a service. It adds that a night train between Oslo and Copenhagen could serve a market for travel to destinations that can be reached from the Danish capital, with Hamburg described as a “particularly interesting destination for this market.” The journey time from Copenhagen to Hamburg is around 2hr 30m. Hamburg is seen as a more realistic destination once the Fehmarn Belt tunnel opens in 2029.

The report assumes that a night train from Oslo can arrive in Copenhagen in time to connect with the first departure to Hamburg, with passengers arriving in the German city at 12.04. It is also assumed that the night train to Oslo would leave Copenhagen after the final arrival from Hamburg at 21.33.

Analysis by the Directorate shows there were 15 flights per day between Oslo and Copenhagen in October, and that rail travel between the two capitals is low. There are around 2 million passengers flying per year as well as trips by boat, bus and private car.

The Directorate says that if an estimated 5-10% of that traffic used a night train there would be the potential for a train operating six times per week in each direction.

Norway and Sweden have the same power supply system (15kV ac) but use a higher voltage than that used in Denmark[KS1]  (25kV ac). The Norwegian Directorate states that any Oslo - Copenhagen train would need either a multi-system unit or there would have to be a locomotive on the border between Sweden and Denmark.

Furthermore, until ERTMS is introduced on all lines, locomotives operating between Oslo and Copenhagen must be equipped with both ERTMS and STM (Specific Transmission Module). This will remain the case until 2034.The Directorate also says there are locomotives in Europe that have been adapted to operate in Norway, Sweden and Denmark., However procurement of traction for the new route is recommended to be left to the chosen operator.

As for the coaches, there is confirmation from the Directorate that a night train between Oslo and Copenhagen must use stock from other markets due to the lack of availability of any in Scandinavia. It is thought that several companies across Europe currently have spare vehicles. Up to 30 would be required.

The State Procurement Plan for 2022 states there is a need to replace all existing long-distance rolling stock in Norway by 2035 and that brand new coaches for the Oslo - Copenhagen route would be procured as part of that.

Finally, the Directorate suggests that competitive tendering and selection of a train operator should be completed by August 2023 ahead of the start of operations a year later.