NORWAY’s infrastructure manager Bane Nor has delivered a report to the Norwegian Railway Directorate outlining measures required to enable the introduction of double-deck trains on the Østfold Line south of Oslo. 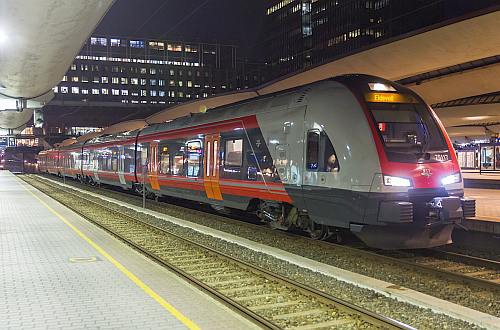 Bane Nor says the trackbed will need to be lowered in the 500m Bekkelag tunnel, and also in the tunnel between Oslo Central and Lodalen depot. Minor measures will also be required at nine other locations. The total cost of this work will be around NKr 20m ($US 2.5m).

Lowering of the trackbed in the two tunnels could take place in mid-2019, and the line could be cleared for double-deck operation at the end of 2019 or the beginning of 2020.

In October 2017, the directorate instructed state-owned rolling stock company Norske Tog to invite bids for a contract to purchase or lease a fleet of double-deck EMUs for services from Oslo to Ski and Vestby.

Bane Nor says the maximum roof height of the new trains must be no more than 26cm higher than the Stadler Flirt EMUs currently used by Norwegian State Railways (NSB) on the route. Several bidders have offered designs within this limit.