THE Norwegian government has revealed plans to increase spending on the country's railway network to record levels next year as part of the 2015 state budget, which was announced on October 8. 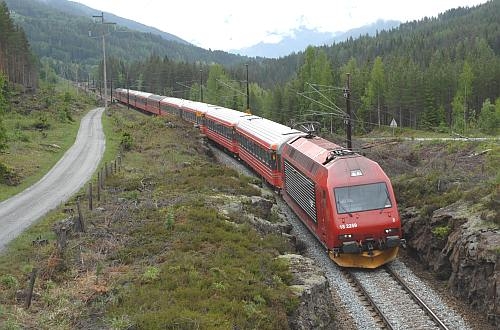 The NKr 22bn ($US 3.4bn) transport budget allocates NK 17.7bn to Jernbaneverket for maintenance, operation, and upgrading of the network, an increase of 9.3% on the infrastructure manager's budget for 2014.

Jernbaneverket's acting director general Mr Gunnar Løvås welcomed the announcement but warned that funds would be insufficient to reduce its NKr 17bn maintenance backlog. "We are very pleased with this proposed budget but it provides us with NKr 210m less than we would need to prevent the backlog increasing," Løvås says.

Key projects for 2015 will include the completion of track-doubling on a 17km section of the Oslo – Lillehammer line along Lake Mjøsa north of Minnesund and construction of Oslo's Follo Line.

The budget also includes NKr 3.2bn for the operation of passenger services, a 4.9% increase compared with this year.