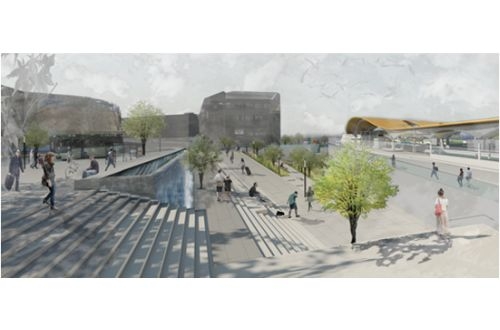 Work encompasses the new station at Ski and construction of new track north of Ski to Langus, which includes a connection to southern portal of the new Follo Line tunnel. The station will have six new tracks and three central platforms, a new underpass, service buildings, road bridge, bus terminal, and enlarged car park. The winning contractor is expected to carry out extensive civil works such as excavations, cut and cover tunnelling, and concrete works, as well as demolish some existing and construct new buildings.

JBV says pre-qualification is the first step of a two stage process, with a minimum of three and maximum of six candidates from this stage receiving an invitation to tender.

The Follo Line project is a new 22km double-track line from Oslo Central Station to Ski, which consists of a 20km long twin-bore railway tunnel, Norway's longest, and will accommodate speeds of up to 250km/h. Construction on the project is due to start this year and be completed in 2021.

"In releasing the last of the EPC contracts for the Follo Line Project, we have reached a milestone and we are now entering a new phase of the project," says Mr Erik Smith, project director for the Follo Line project. "The construction of a new and modern public transport hub at Ski is crucial for the development of the local community at Ski and to develop an efficient transport system in the Oslo region."

The Ski EPC is one of five EPC contracts for the Follo Line project; prequalification for the contract covering the connection from the Follo Line to the relocated Østfold Line to Oslo Central was announced on March 24, while JBV says it will release the tender documents for the two tunnel EPCs during the spring or early summer of 2014. There will also be a separate signalling contract.